The Interreg programme between Flanders and the Netherlands is implemented on the territory of (parts of) the five Flemish provinces and the three southern Dutch provinces. In Flanders these are the provinces of Antwerp, Limburg, East Flanders, Flemish Brabant (only the district of Leuven) and West Flanders (with the exception of the districts of Veurne and Ypres). On the Dutch side, the area consists of the provinces of Limburg, North Brabant and Zeeland.

The cross-border character of an Interreg project is essential. 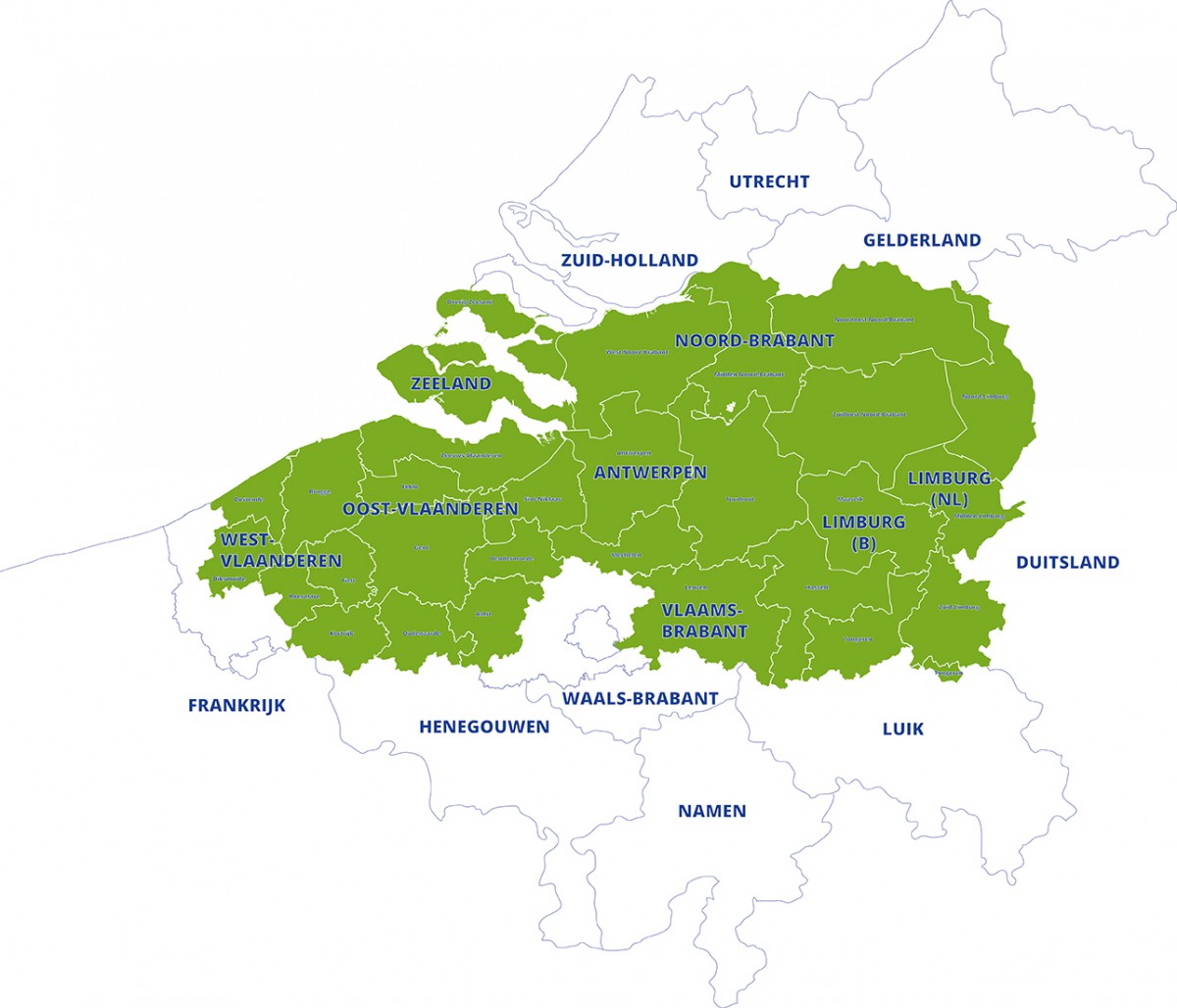 All information on this website is provided by Bio-Nipu. If you have any concerns on how we deal with your personal information, please read our privacy policy.